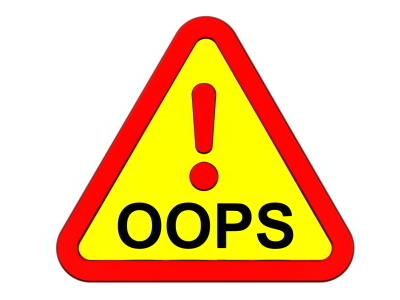 Stopping smoking is hard, right? That’s why so many now choose to switch to e-cigarettes when trying to give up the filthy habit.

Tobacco cigarettes are simple things. You light them up, smoke until it’s all gone and you always know how many you have left. E-cigarettes, on the other hand, are a new technology and despite all of the advances in recent years, some of the kinks have yet to be worked out.

With that in mind, here are 10 mistakes all new (and experienced) vapers make on their vaping journey.

1: Running out of Juice

“Oh there’s plenty left in that bottle, I don’t need to order any more yet” is what we’ve all said at some point. Then, inevitably, you’re down to your last few drops waiting, hoping, praying for the postman to arrive with that fresh new bottle of juice. It’s happened to us all. By the way, one of the great advantages of DIY e liquid is that you’ll usually have supplies around to make some up if you’re running low. Just saying.

Most modern coil heads use cotton as a wick, and heating up the coil without any juice will instantly turn the cotton into ash. So, you pop in a new coil head, fill up the tank, forget (or don’t know) to leave it to wick up for a few minutes and push the button. Bad burned taste. Ruined coil head. We’ve all been there.

3: Forgetting to Replace the O-Rings

O-rings, or seals, are very important because they keep the e liquid in your tank and not in your pocket, purse, bag or anywhere else it’s not meant to be. Most o-rings stay in place even during the most vigorous of washes. However, they do fall out occasionally and forgetting to put them back will inevitably result in juice stained clothes.

One for the DIY mixers here. We’ve all had an idea for an e liquid that sounds great in our head but ends up insulting our taste buds. “How about bacon menthol?” we say to ourselves, “how bad could it be?”. Very bad, very bad indeed.

Many vapers prefer to have two or more atomizers or set-ups on the go at one time. This is great for switching flavours, switching nicotine strengths and having something more pocket friendly to take out of the house. However, pretty much everyone who does this has at some point picked up a bottle of e liquid, filled up a tank, then realised that the juice they’ve used is meant for their other atomizer.

Most vapers start off with high resistance, low wattage set-ups that replicate smoking a plant cigarette and use higher nicotine e liquid. However, an increasing amount of vapers choose to switch to higher wattage, low resistance set-ups that offer more vapour and better flavour. Many make the common mistake of not lowering the amount of nicotine in their e liquid. Using 24mg in a sub ohm tank at 70 watts will usually lead to nausea and headaches. It will not, as some regulators would have you believe, result in your certain death, explosion or mutation into a flesh eating zombie.

7: Leaving you Vape in the Pub

Many pubs allow their customers to vape inside, allowing you to sit back and laugh at your smoking friends as they return from the outdoors all wet and freezing. Good times. However, the problem arises after a few too many drinks have been taken, then a few more after that, and the landlord is telling you it’s closing time and you forget to pick your mod up off the table as you stagger out the door. If you still smoked plant cigarettes, you could just easily pick up another pack at your local 24 hour petrol station or supermarket. Unfortunately, we are currently unaware of any supermarkets or petrol stations that sell DNA 200s, Velocity RDAs or even the Mini Nautilus

Haha, sex joke! Seriously though, screwing together two pieces of your tank too tightly and not being able to get them apart has happened to most vapers. You see, most tanks are made from metal which expands as the atomizer gets hot, this can cause bits that are screwed together too tightly to seize. Getting them apart again can be harder than Tyson Fury. It usually involves sweating, swearing, gouging the tank with pliers and, more often than not, breaking the glass.

9: Trying to Convert an Unwilling Smoker

As vapers, we understand the great benefits of giving up plant and switching to e-cigarettes. So it’s easy to see why many of us have tried to convince a smoker we know to do the same. It can be difficult to see someone you know continue to smoke knowing the damage they’re doing to themselves and how much better off they’d be by making the switch, especially if it’s a close family member or friend. You can talk about all the money they’ll save, how much better they’ll feel and all the great flavours they can experience until you’re blue in the face, but if they’re unwilling to give up the plant, they’ll just end up telling you to politely f**k off. Some people simply cannot be convinced, and that’s just something we have to accept.

So you’ve taken the top cap off your RDA to re-wick or paint some juice on your coils, then before you put the top cap back on you get distracted by something. Maybe you answer the phone or take something out of the oven? You then pick up your mod and RDA and go to take a drag, forgetting than you haven’t replaced the top cap. Yep, this hurts. A lot. Coils get incredibly hot and pushing them against your lips is not a good thing. Anyone else done this? No. Just me then.

If you have any more common vaping mistakes you’d like us to include get in touch at info@eliquidflavourconcentrates.co.uk.